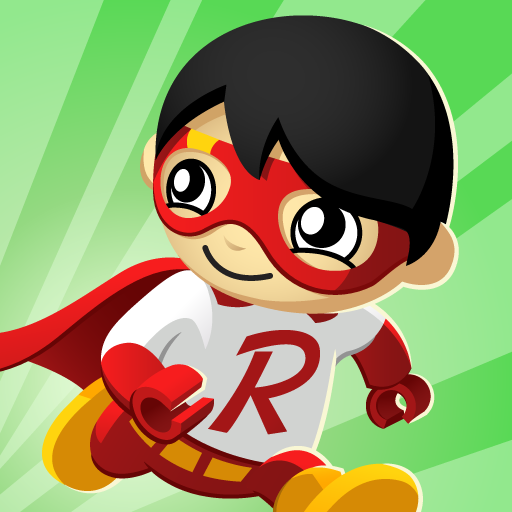 Get ready to embark with Ridley Jones from the new Netflix show!
• Play as the adventurous Ridley Jones for a limited time only!
• Collect Galaxy Keys to unlock Galaxy Chests!
• Unlock TWO new space-themed Ryan costumes, like Galactic Ryan!
• Blast off with THREE new vehicles, like the Spaceship!
• Game improvements have been made and small bugs have been squashed.

Do you have what it takes to outrun Combo Panda? Tag with Ryan is the coolest endless runner game for ALL AGES!

Combo Panda, the ultimate gamer, has challenged his friend Ryan to an endless game of tag! Combo Panda has hidden Ryan's different costumes all over the game, and Gus the VTuber is helping guard them. It's up to you and Ryan to unlock them all!

Collect Suns and Pizzas, and use them to unlock awesome upgrades like power-ups, vehicles, and costumes! The farther you run, the more you collect! Can you unlock them all?

Join Ryan in his coolest running adventure, Tag with Ryan!